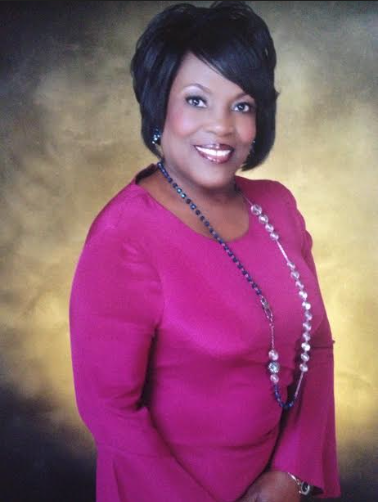 First Lady Leornese “Kathy” Jackson hails from Sacramento, California and attended the University of Nevada-Las Vegas.  After giving her life completely to the Lord at age 16, she vowed to be a role model and mentor to other troubled youth.  She holds a Child Development Associate Degree focusing in Early Childhood Development.Lady Jackson serves faithfully in the ministry as Church Administrator and President of the TOP Department of Women’s Ministry at her church, Tabernacle of Praise Church which was funded by her husband, Pastor Michael E. Jackson in March 1994. In September 2000, she retired as an Office Manager from the lark Clark County School District after 20 years of impeccable service.  A prolific speaker and evangelist, Lady Jackson ministers the Word of God under the anointing of the Holy Ghost causing lives to be transformed and changed.  She is an ordained National Evangelist in the Church of God in Christ, Inc. A diligent worker and supporter of the church, she served on the local, district, Jurisdiction and National level.  She served faithfully for over ten years as the International Assistant Youth Department Chair lady with Evangelist Joyce Rodgers.  During that tenure she also served on the Executive Board of the International Youth Department.  Besides serving as the State Youth Chair lady in the Nevada Jurisdiction, she also served as the Executive Board President for the Department of Women under the leadership of the State Supervisor, Estelle Hines.  Evangelist Jackson has received many awards and commendations including the Positive Image Award from Mahogany Page Magazine honoring her for her working the youth ministry; Nevada Chapter of Business & Women Federal for Christian Commitment; Congressional Recognition from U.S. Congresswoman Shelley Berkley for National Action Network “American Women Changing America” just to name a few. Answering the need for Christian education in the Las Vegas Valley, which would be “a cut above the rest”, she opened the doors of TOP Christian Learning Academy and TOP Kids Learning Enrichment Center & Pre-School which service as an outreach ministry under the umbrella of the church.”And the two shall be one”, Pastor and First Lady Jackson have been blissfully married for over forty-three years.  They are the Godly proud parents of three sons, one daughter, and five beautiful grandchildren.  They are endeared as a friend and confidant to people from all walks of life offering them hope and the tools needed to increase their quality of life for generations to come.